The word "Synod" in The Lutheran Church--Missouri Synod comes from the Greek words that mean "walking together." It has rich meaning in our church body, because the congregations voluntarily choose to belong to the Synod. Diverse in their service, these congregations hold to a shared confession of Jesus Christ as taught in Holy Scripture and the Lutheran Confessions.

The congregations of the Synod are "confessional." They hold to the Lutheran Confessions as the correct interpretation and presentation of Biblical doctrine. Contained in The Book of Concord: The Confessions of the Evangelical Lutheran Church, these statements of belief were put into writing by church leaders during the 16th century. The simplest of these is Luther's Small Catechism. The Augsburg Confession gives more detail on what Lutherans believe. 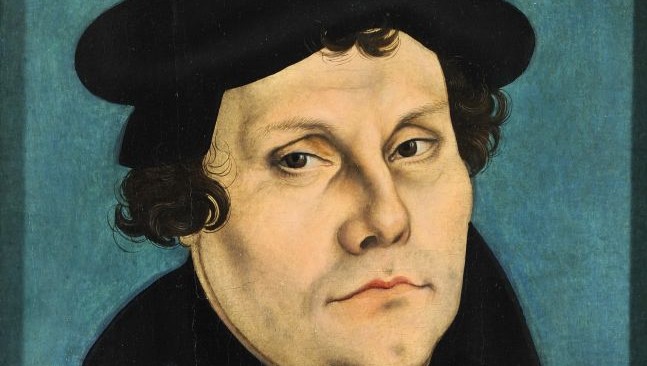 This creed is called the Apostles' Creed not because it was produced by the apostles themselves but because it contains a brief summary of their teachings. It has received this title because of its great antiquity; it dates from very early times in the Church, a half century or so from the last writings of the New Testament. It sets forth their doctrine "in sublime simplicity, in unsurpassable brevity, in beautiful order, and with liturgical solemnity."In its present form, it is dated no later than the eighth century. More than any other Christian creed, it may justly be called an ecumenical symbol of faith.

I believe in God, the Father Almighty, the Creator of heaven and earth, and in Jesus Christ, His only Son, our Lord: Who was conceived of the Holy Spirit, born of the Virgin Mary, suffered under Pontius Pilate, was crucified, died, and was buried. He descended into hell.

The third day He arose again from the dead. He ascended into heaven and sits at the right hand of God the Father Almighty, whence He shall come to judge the living and the dead.

I believe in the Holy Spirit, the holy catholic [apostolic or universal] church, the communion of saints, the forgiveness of sins, the resurrection of the body, and life everlasting. Amen.

The Nicene Creed, also called the Nicaeno-Constantinopolitan Creed, is a statement of the orthodox faith of the early Christian church in opposition to certain heresies, especially Arianism. These heresies, which disturbed the church during the fourth century, concerned the doctrine of the trinity and of the person of Christ. Both the Greek (Eastern) and the Latin (Western) church held this creed in honor, though with one important difference: the Western church insisted on the inclusion of the phrase "and the Son" (known as the filioque) in the article on the procession of the Holy Spirit; this phrase still is repudiated by the Eastern Orthodox church.

With additions from the Council of Constantinople.

We believe in one God the Father the All-sovereign, maker of heaven and earth, and of all things, visible and invisible;

And in one Lord Jesus Christ, the only-begotten Son of God, Begotten of the Father before all the ages, Light of Light, true God of true God, begotten, not made, of one substance with the Father, through whom all things were made; who for us men and for our salvation came down from the heavens, and was made flesh of the Holy Spirit and the Virgin Mary, and became man, and was crucified for us under Pontius Pilate, and suffered and was buried, and rose again on the third day according to the Scriptures, and ascended in the heavens, and sitteth on the right hand of the Father, and cometh again with glory to judge living and dead, of whose kingdom there shall be no end:

And in the Holy Spirit, the Lord and the Life-giver, that proceedeth from the Father [and the Son], who with Father and Son is worshiped together and glorified together, who spake through the prophets:

In one holy Catholic and Apostolic Church:

We acknowledge one baptism unto remission of sins. We look for the resurrection of the dead, and the life of the age to come.

Read the history of the The Ninety-Five Theses by Martin Luther Published October 31, 1517 (note that many changes and updates have been made to these since 1517).

"The theses were posted on the door of the Castle Church in Wittenberg on 31 October 1517. This was the usual procedure for giving notice of such disputations, which were a regular feature of University life, and there was nothing dramatic in the action. Luther was confident that he would have papal support when he had exposed the evils of the traffic of indulgences." -- Quoted without permission from Henry Bettenson's Documents of the Early Church

A disputation of Master Martin Luther, Theologian, for the elucidation of the virtue of Indulgences.

From a zealous desire to bring to light the truth, the following theses will be maintained at Wittenberg, under the presidency of the Rvd. Fr. Martin Luther, Master of Arts, Master of Sacred Theology and official Reader therein. He therefore asks that all who are unable to be present and dispute with him verbally will do so in writing. In the name of our Lord Jesus Christ. Amen.

Please stop by any Sunday service and speak to a greeter or usher, or contact our church office directly at 816-444-6908.  We look forward to speaking with you.